Asbestos Management Portal in the Cloud 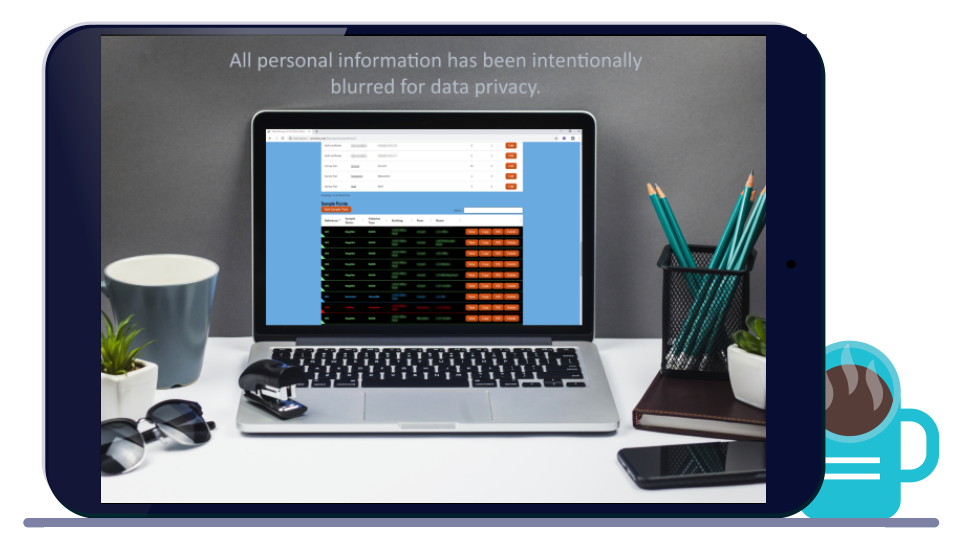 Since the final ban on using asbestos in 1999 to the present day, the removal and detection of asbestos is a serious business. Still present in most older buildings, especially those built during the 1960's to 1980's, exposure to asbestos is still a dangerous threat. Due to this, the government have placed legal requirements on the management and removal of asbestos.

Our client, Amosite are experts in the asbestos management field and enable businesses and domestic customers to stay safe and within the law. Amosite removes the burden of asbestos management, by conducting inspections, drawing up management plans and creating the legal documents that prove the customer is compliant with current legislation.
See what Amosite have to offer.

Amosite were initially looking for an efficient way to generate and store the various documents required to keep their customers compliant with asbestos regulations. Although speed was a factor, the ability to produce these legal documents with set content and in a set format was their highest priority.

Amosite were keen that the system would have central storage that could be accessed by both office staff and the inspectors who work 'in the field'.

There was also a requirement that customers would have access to their own data, without the need for them to have to install software.

We chose to develop a web portal for Amosite as this negated the need to install software and is easily accessible by both staff and customers, as long as they have an internet connection and internet enabled devices such as a pc, tablet or smartphone.

A fine-grained permission system was implemented to ensure that access was only granted to users who had the rights to view and/or modify the data. For security, customers were only allowed to view their own data and staff were given various levels of access, dependent on their role within the company.

A welcoming dashboard gave staff the ability to find and view customers' surveys and management plans quickly. Whereas customers, on entry, were immediately presented with their own information.

Once the new system was in place, Amosite started to reap the benefits of faster turnaround times for the production of surveys and management plans. Proofreading became negligible, as the production of documents was automated and used standard templates and validation to ensure legal compliance.

With the ability to access the software anywhere, staff were no longer confined to working purely in the office. Home working was now possible when required and the inspectors, who are often on the road could access data when needed without having to return to the office.

Allowing customers instant access to their own data and the faster turnaround for producing documents, all contributed to an improvement in customer satisfaction.

Interested in bespoke business software, but not sure where to start?

We are an established software house specialising in bespoke business software, providing solutions to all types of industries.

Where to find us

Start your project by getting in touch today and speak to our team of experts.